4 days tour from Tangier to Fes

4 days tour from Tangier to Fes

Welcome to our 4 days tour from Tangier to Fes package! we are happy that you made it to this page. We hope that you will spend a wonderful day in Morocco.
Let us wamlk you through a customized 4 days tour itinerary from Tangier. There are’t only many places you will visit but also activities you will do. With that being said, this tour is a great option because it is a grand tour in Morocco that includes the imperial cities, the coast, and also the desert.
The most beautiful places you will visit during this trip is Fes, Erg Chebbi dunes, Ait Benhaddou Kasbah and the red city of Marrakech. The best activities you will do are the camel ride, the camping in Berber tents, and a relaxing Hamman in Fes.

Upon arrival in 4 days tour from Tangier to Fes, depending arrive by ferry or plane, you will find our Moroccan driver that will meet you and take you to Rabat, an old imperial Capital of domes and minarets, sweeping terraces, wide avenues and green spaces. You travel via Larache which is actually, both Andalousie and Arab town in the Atlantic coast. Once in Rabat, a guided city tour to the main attractions is scheduled: The picturesque Oudaia Kasbah, The Medina, which contains the city’s souks, bounded by Almohad ramparts and by the 17th-century Andalousie Wall. Continue your tour to the Hassan Tower, Mausoleum of Mohammed V and the Chella Necropolis where the Roman and Islamic ruins lie side by side whispering endless stories of centuries past. . . Overnight in Rabat.

After breakfast, Depart Rabat along vast agricultural fields to the second imperial city of Meknes, “the Moroccan Versailles”, which was founded at the end of the 17th Century by Moulay Ismail. take pictures of the massive Bab El Mansour gate. The city tour of Meknes includes the Harri Souani stables, the old medina and the beautiful royal palace. Then continue on to the sacred city of Mouly Idriss. Independent lunch and departure to Volubilis, the UNESCO-sponsored Roman ruins and the sacred town of Moulay Idriss I, where the founder of Islam in Morocco is buried. We will then continue to Fes. Check-in at your hotel. Overnight in Fes.

We will enjoy all that Fes has to offer, a guided city tour to visit the old Medina of Fes; a particularly exciting experience because when you enter the sprawling labyrinthine alleys you feel like you have stepped back in time. Donkeys and mules are the only form of transport in these steep, narrow streets. Delicious scents come from the souk, where perfumes and spices are traded. In contrast, however, the most appalling stink emanates from the leather tanneries, where men often stand up to their waists treating leather in noxious baths, in much the same way as has been done for centuries – don’t let this put you off visiting there too; ethnic leather goods make great souvenirs!. Overnight in Fes.

After breakfast, you will leave to Tangier through the farmland, and small villages before you reach the impressive Rif Mountains. On the way, you will visit the white town of Chefchaouen which nestles in the hollow of the two mountains – Ech-Chaoua (The Horns) – from which it takes its name. Steep narrow streets with white and indigo lime washed buildings, small squares, ornate fountains and houses with elaborately decorated doorways and red tile roofs make this a delightful town. Enjoy your lunch in one of the traditional Restaurant with its atmospheric view over the Ech-Chaoua Mountains. In the afternoon, drop off into Tangier.

We had such a great time in Morocco! Hassan and Ali were very kind and helpful. They told us how to navigate the city, they got us on a great desert tour on Camel and JEEP cuting through the dunes! amazing! They also shared their food and stories with us. We couldn't be more thankful for their hospitality. We would certainly recommend anyone who goes to Morocco to get in touch with these wonderful people!

We will be back, inshallah!

Thank you very much for Everything!

This was my first trip with the children outside Europe and I was a bit apprehensive. I had a wonderful experience and I can highly recommend Hassan from Trips Around Morocco. He was very helpful and did a great job organising the trip. I was very happy to finally meet him in person in Morocco; he is a nice and kind person and fully trustworthy. We did the five-day tour from Marrakesh to Merzouga: this was a superb tour with an amazing day in the desert. The children had a blast on the sand dunes and loved the ride on the camel. Our driver Hassan from Maroc Expedition was great as well. Thank you to everyone for such a wonderful experience! 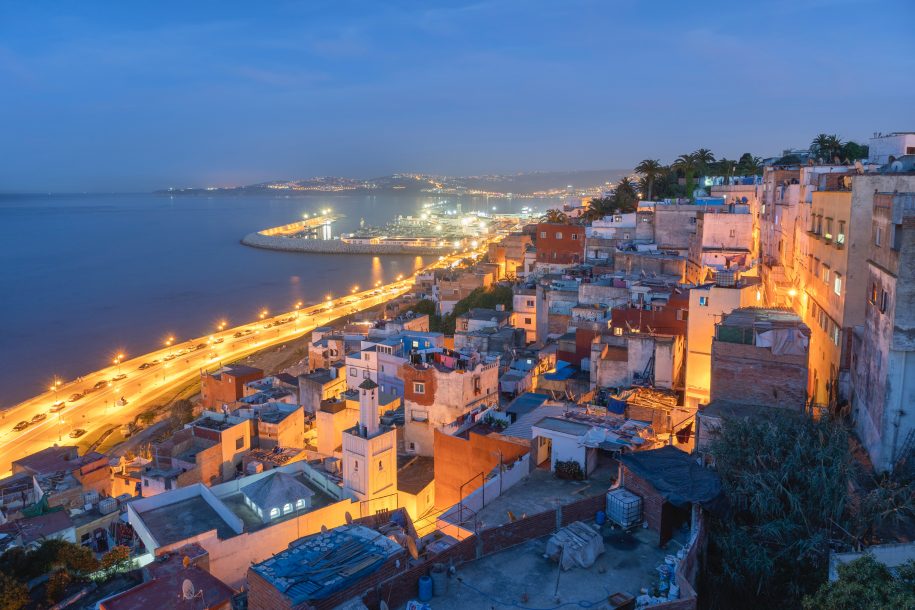 5 days tour from Tangier to Casablanca 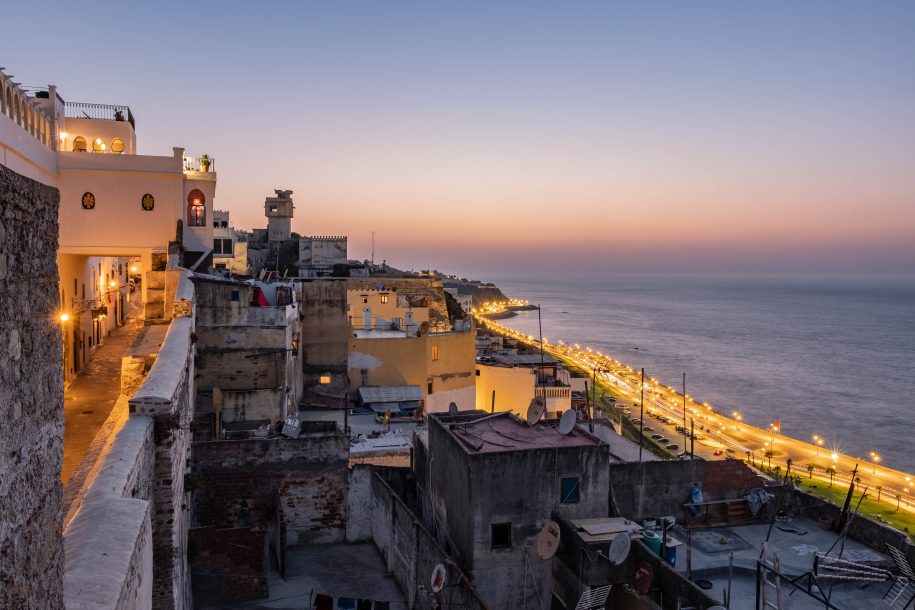 7 Days From Tangier To Meknes

7 Days From Tangier To Meknes will visit Chefchaoune and Merzouga 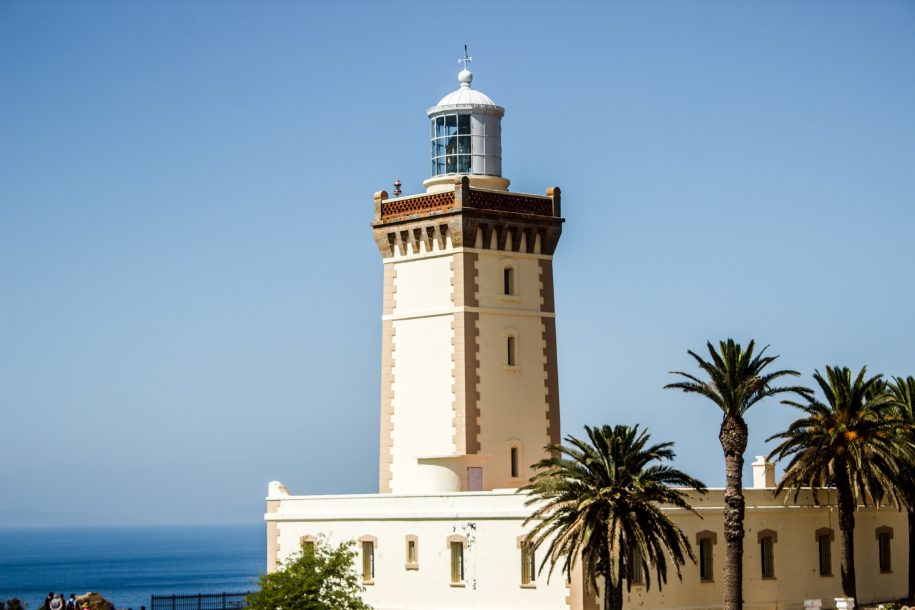 8 days from Tangier to Merzouga

8 days from Tangier to Merzouga will visit the Monkeys Forest

Fez is a Moroccan Cities with a population of approx. Fez is the oldest Moroccan Cities and the largest in northern Africa, located at a distance of 294 km from Casablanca. The city is known for the oldest university in the world – the University of Fez.

Around 789, Idris I. founded a settlement on the eastern shore of the river Fez. 20 years later, on the opposite bank of the river, Idris II. made the founding city the capital of the Idrissid state. In the eleventh century, the Almoravid dynasty united the two cities and from the twelfth century, Fez became the largest city in all of Islam. Under the Berber Marinid dynasty, Fez became the capital of Morocco and many new constructions were built there.

Today Fez consists of 2 parts: Fez el Bali (old) and Fez el Jedid (new). The old part of the city was built during the Middle Ages. There are more than 9 thousand streets and alleys without names. Some of the streets are very narrow that passing them, even touching the shoulders of both walls.

In Fez, there is a mosque Moulay Idris (IX c.), a specially protected shrine, which is not even allowed near animals and non-Muslims, and the Karawin Mosque (IX c.), the largest in northern Africa. There are a total of 800 mosques in Fez.

Tangier, a Moroccan Cities nearly opposite Gibraltar and occupying a dominant position at the western entrance to the Mediterranean Sea; 428,000 inhabitants (1993) . It was originally the site of the ancient Roman port city of Tingis, but the walled city in its present form was built in the Middle Ages by the Moors. It was seized by the Portuguese in the late 15th century and in 1662 was passed to Britain as part of the dowry of Princess Catherine of the Portuguese Braganza dynasty before her marriage to King Charles II of England. Twenty-two years later, Britain ceded the city to the Moroccan Sultan dynasty, which continued to control the port and surrounding area until 1904. The city then remained in Morocco until 1956, when it was handed over to the Sultanate. Then until 1956 (excluding a five-year period during World War II), T. and its environs were designated a Special Zone under international control. In 1956 it was incorporated into the newly independent Kingdom of Morocco. In 1962, T. received the status of “open port” and is now a major commercial, economic, cultural and tourist center.

The capital of Moroccan Cities. The city is located on the Atlantic Ocean. Rabat is suitable for excursions. There are many attractions: the old medina, the fortress Kasbah Udaja, Hassan Minaret, the royal palace. Most Russian tourists come to Rabat for a few days of excursions.