5 days tour from fes to marrakech

5 days tour from Fes to Marrakech

Welcome to our 10 days tour from Casablanca package! we are happy that you made it to this page. We hope that you will spend a wonderful day in Morocco. Let us wamlk you through a customized 10 days tour itinerary from Casablanca. There are't only many places you will visit but also activities you will do. With that being said, this tour is a great option because it is a grand tour in Morocco that includes the imperial cities, the coast, and also the desert. The most beautifuk places you will visit during this trip is Fes, Erg Chebbi dunes, Ait Benhaddou Kasbah and the red city of Marrakech. The best activities you will do are the camel ride, the camping in Berber tents, and a relaxing Hamman in Fes. Note: Trips Around Moroccoo cn customize your 10 days tour in Morocco from different cities, please contact us for more info.

Itinerary for 5 days tour from Fes to Marrakech

Morocco Private desert Tour Fes 5 Days, Pick up from your hotel in Fes very earelier and departure for the south of Morocco. You will have a stop in Ifrane, known as the switezland of Morocco to enjoy its beauty and to have a memoriable photos. After that you will head toward Azrou to see the monkies in the cedar forest. Continuing to Midelt for a lunch meal in a restaurant. In the afternoon, we will cross the pass of TIZI N TALGHAMT to reach Errachidia while admiring the views of Ziz gorges. Later on, you will have a stop for a panoramic view of Ziz valley. The drive continues to Erg Chebbi Dunes passing by Aoufous and Erfoud (the last is famous with fossils and dates) where you may want to visit a local fossil craft workshop. After that you will continue to the captivating dunes of Erg Chebbi, these dunes are called also Merzouga Dunes. Arrive to the hotel where you will spend the night. Dinner and breakfast in the hotel.

This morning after breakfast in the hotel.You will have a tour of the dunes on 4x4 allowing you to visit the black volcanic rocks of fossils, visit a nomad family living in tent, visit to khamlia village and entertainment of their spiritual music of Gnawa, and visit the lake 'Dayte Sarji' that forms in springtime which attract pink flamingos and wildlife. Then you will have a break for lunch in Merzouga or Hassi Labied. After lunch you will see the canal irrigation system and have a walk on the oasis located on the foot of the dunes. Continue to your hotel for relax.Arrive to the hotel and get ready for a camel trek for an hour and half to enjoy the sunset. While on the back of your dromedary, you will continue to the camp for an overnight in traditional nomad tent. Dinner and spend the night in a bivouac in the middle of the dunes.

Wake up early morning to enjoy the sunrise on the top of the dune in the Sahara Desert then have your breakfast. After these beautiful moments, you will ride your camel back to the hotel where you can shower. We depart towards Tineghir passing by Erfoud and Tinejdad to have a break for lunch. In the afternoon, we will continue to Todra gorges via Tineghir. Stopping along the way for photos and admiring the views. Arrival to Todra Gorges to enjoy its marvelous Canyons views while hiking on foot. Later on, we drive to Boumalne du dades and stopping for a panoramic view of dades valley. Dinner and overnight at the hotel.

This morning after breakfast in the hotel, We depart to Ouarzazate via Boutghrar, Kalaa M’gouna and Skoura . visit the dades gorges with its beautiful rock formations. Later on, take the piste that leads to nomad families living in caves. Have a break to visit a nomad family and Sip a cup of tea in their shelter. Later on we cross the piste and drive along valley of roses to reach Kalaa M’gouna where you will enjoy your lunch. In the afternoon, we drive to skoura and visit the 17th century Kasbah of Amridil. The journey ends in Ouarzazate. Dinner an overnight in a hotel.

Today after breakfast in the hotel. You will have time to visit the kasbah of Taourirt then another photo stop near the atlas film studios. After that you will visit the Kasbah of Ait Benhaddou and stop for lunch in a local restaurant in the village. In the Afternoon we will drive to the kasbah of Telouet and stop for a visit then we continue to the red city of Marrakech over the mountains of high Atlas passing through the Tizi N’tichka pass (2260 m in altitude). Arrival to Marrakech and Drop off in your accomodation.

Highlights of 5 days tour from Fes to Marrakech:

Tourism in Morocco is often associated - wrongly - only with the city of Marrakech. Of course, the ochre city has an undeniable attraction but Morocco offers much more than that. Today I won't talk about its sand dunes, nor its kilometers of coastline that border the Atlantic as well as the Mediterranean, I will talk about one of its beautiful pearls nestled in its mountainous regions, the city of Ifrane. Nicknamed "the little Switzerland" of Morocco, because of the architecture of its houses but also because of its snowy landscapes in winter, the city of Ifrane is one of those that can be visited all year round. Perched at an altitude of 1713 meters in the Middle Atlas, the city and its region offer the visitor a natural change of scenery. The region has multiple lakes and water sources such as Vittel, Dayet Aoua, Dayet Hachlaf ... It also has the largest cedar forest in the Mediterranean basin which is also one of the largest in the world. This forest is the home of the famous "Gouraud cedar" 800 years old. 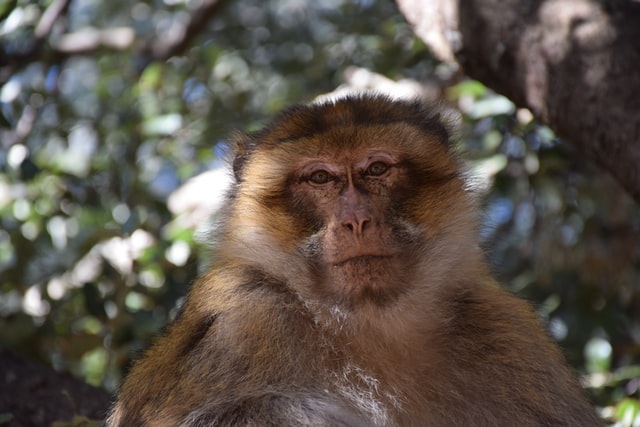 Ait Benhaddou is an incredible site you will visit with our 10 Days tour from Casablanca. It's a Berber fortress, a Kasbah built by the Glaoui family in the 11th century. This site is famous for the movies that were shot here. For instance, they shot a part of the Britsh American movie, the Gladiator. Also, they shot a part of the famous movie Lawrence of Arabia. 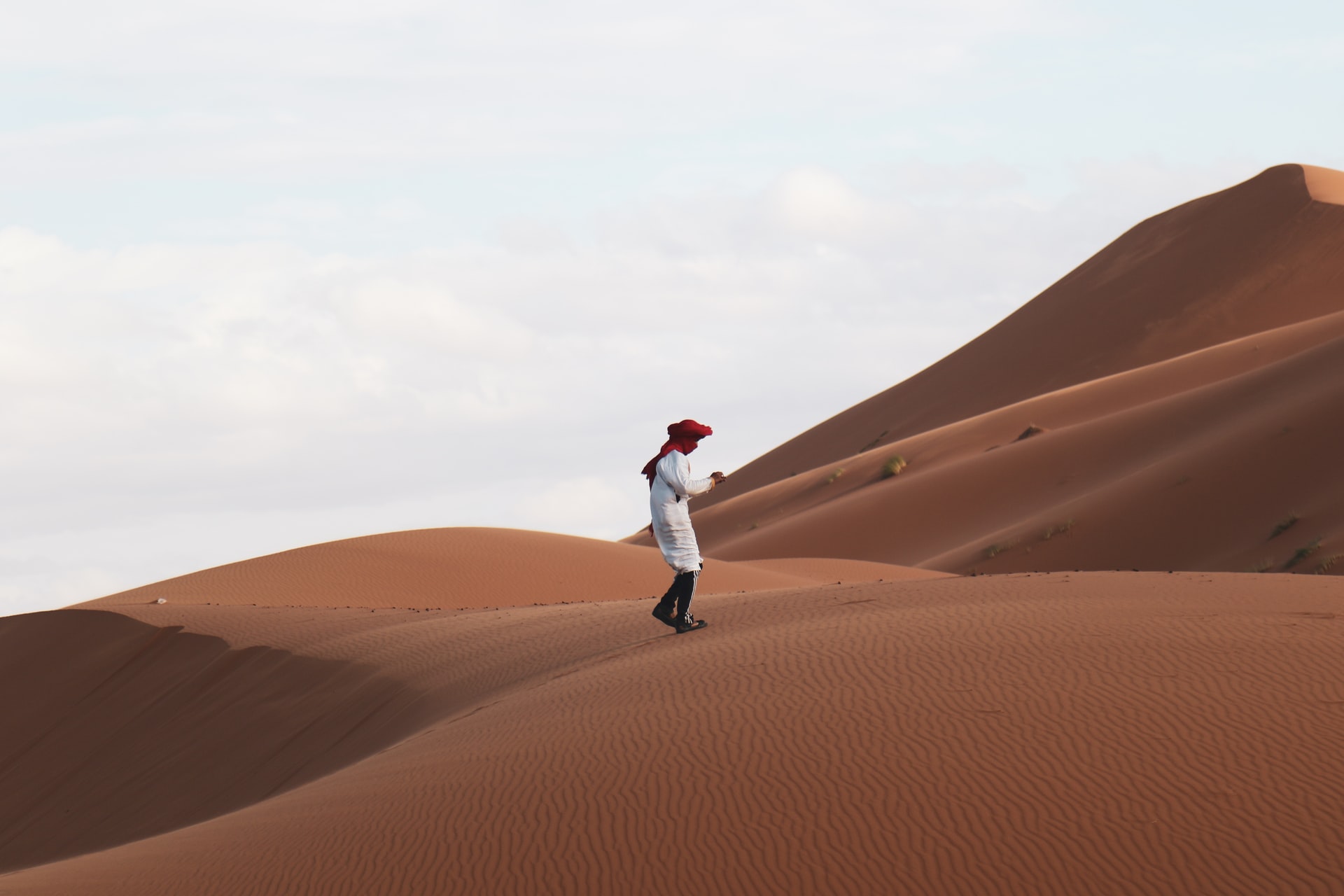 For cultural visits, Fes is an example of what an old Medina has been in the culture of Morocco. The best part of visit in Fes is Fes El Bali, which means the old Fes. With that being said, many historical sites are discover here. To start with, Fes is famous for the king's palace with the 7 golden gates. Fes is a city with pure leather staff, there are three tanneryies where they make it, the best of them all is Chouara. Furthermore, Fes is a home for the oldest existing university in the world, Al Karaouien. Many more you will see with our tour of 10 days. 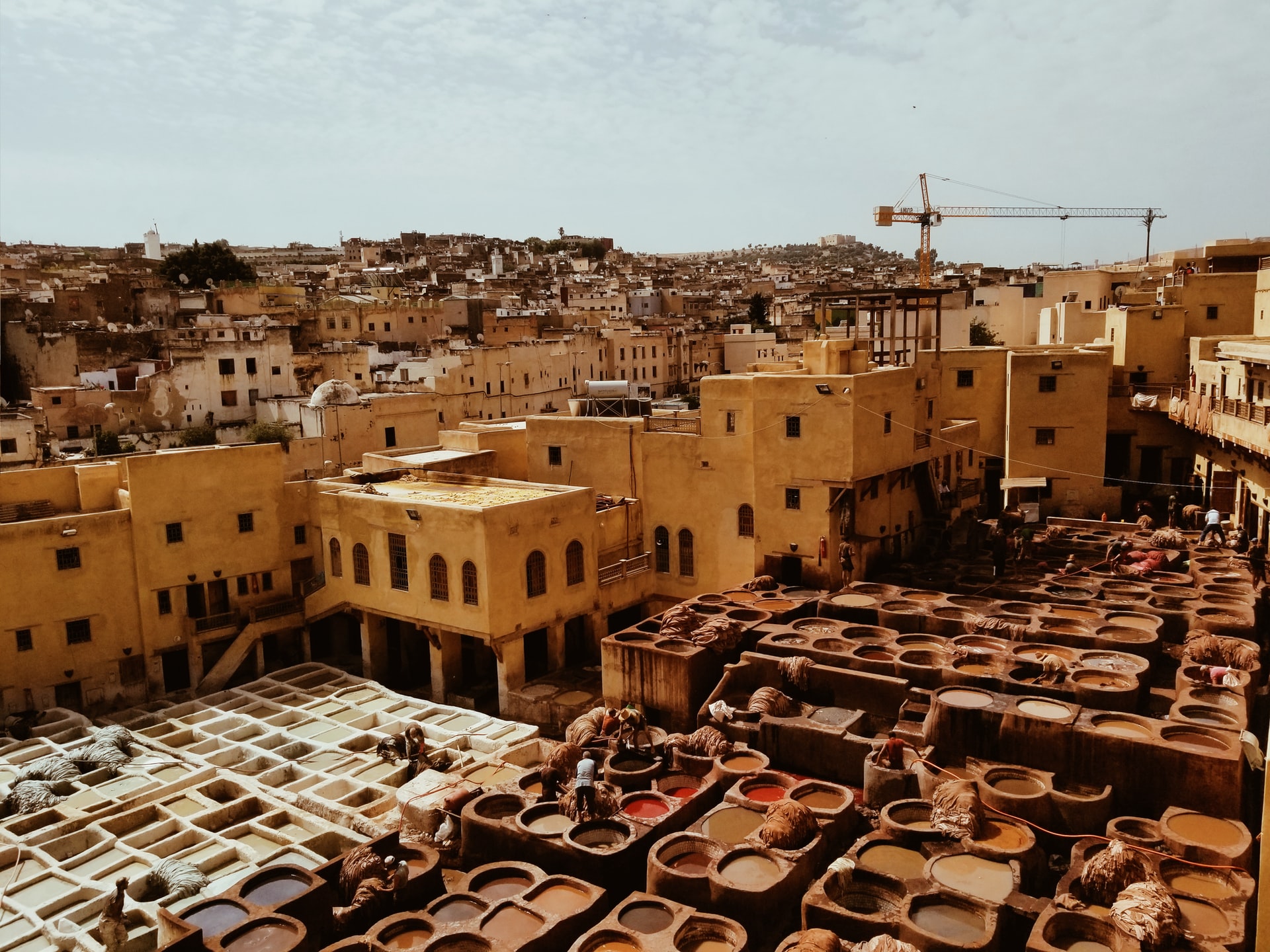