Trips Around Morocco is a travel agency in Morocco based in ERG CHEBBI. Since 2016 we are making tours around the country. Therefore, if you are wiling to visit Morocco we can customize you a trip according to your needs. Also, you can choose from our tours itineraries that are already made by our team.

Why Trips Around Morocco travel agency?

Our Morocco travel agency is designed by a Berber family based in Merzouga desert. As in every country, locals know better than the travelers who guide tourists. Further, there are many secrets in our country that only locals know about. Therefore, we have a professional team of guides and driver who are ready to show you every interesting, historical and cultural place in the country. Also, according to our customers reviews on TripAdvisor, we are classified the first in making camel rides and nights in nomad camps. 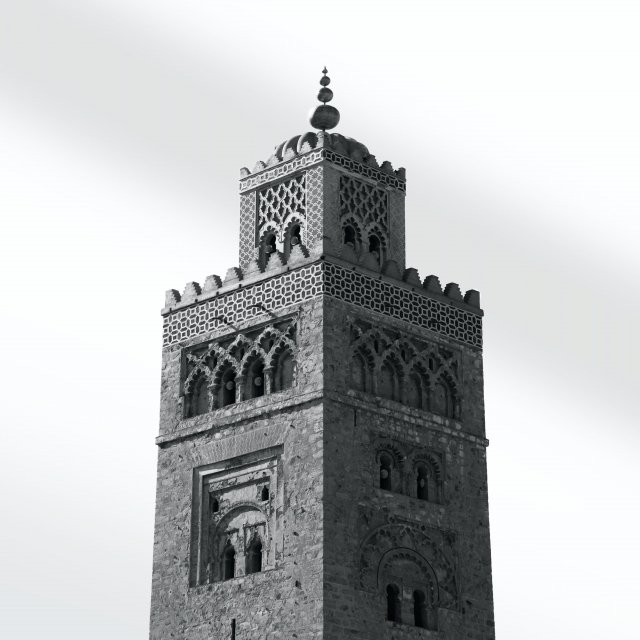 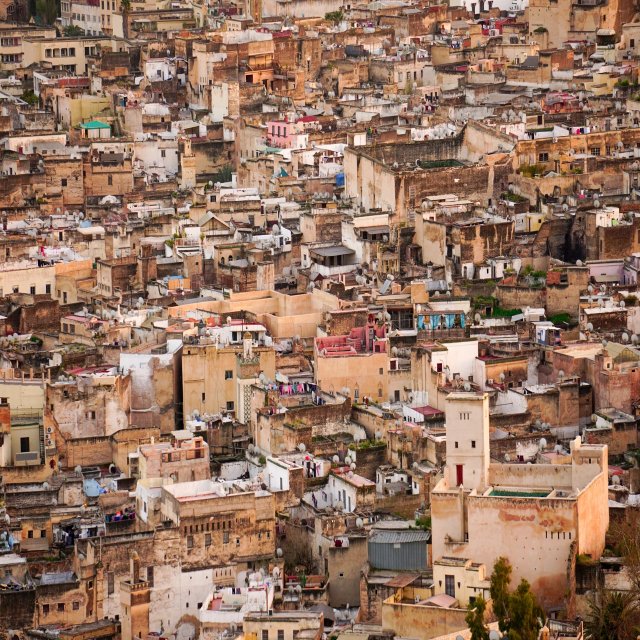 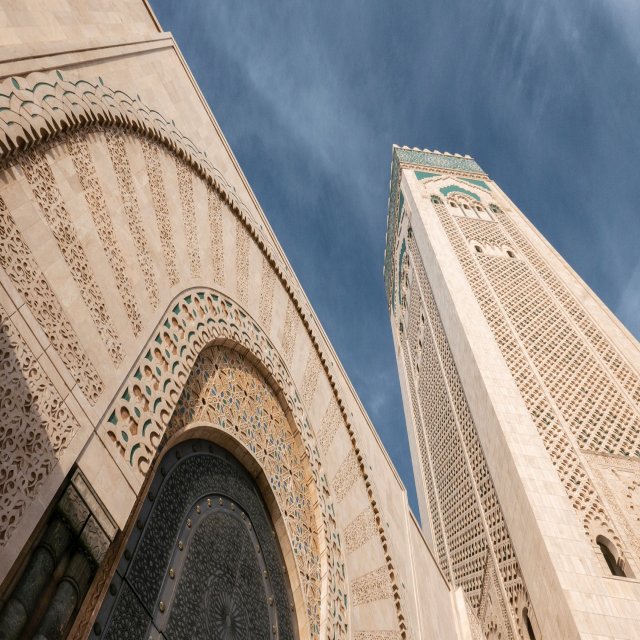 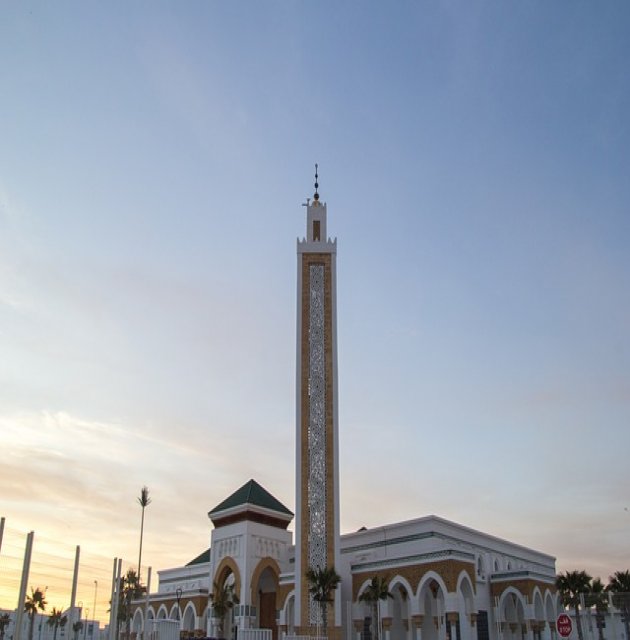 You will get to know a lot about our company, Trips Around Morocco, through our customers reviews. With that being said, if you have already been on one of our tours, your comment is important for us, please write about your experience with us.

Enjoyed Every bit of our stay

We had such a great time in Morocco! Hassan and Ali were very kind and helpful. They told us how to navigate the city, they got us on a great desert tour on Camel and JEEP cuting through the dunes! amazing! They also shared their food and stories with us. We couldn't be more thankful for their hospitality. We would certainly recommend anyone who goes to Morocco to get in touch with these wonderful people!

Took a three day trip from Marrakech with one night sleeping in the Berber camp in Mergouza. Great sights along the way but the highlight was definitely the night in the desert. Camel ride was awesome and the men who lived at the camp were hilarious. Slept under the stars next to the fire rather than in the tent. Go on this tour!!

I had a 4 days tour from Ouarzazate to Fes across Merzouga. We stayed in the desert to spend a night in the camp of the Berbers, we did camel trekking, ATVs and also we visited the nomads. We were happy to travel back with Mohamed (Aghyoul) our driver back to Casablanca where we work. We just want to say that Morocco even covid is still an amazing place o travel to especially the desert. And a travel agency like Trips Around Morocco is a perfect example for tours in the Sahara. We highly recommend the company and Mohamed as a driver for your Morocco trip. Thank you.

best company for your trip in Morocco

This was my first trip with the children outside Europe and I was a bit apprehensive. I had a wonderful experience and I can highly recommend Hassan from Trips Around Morocco. He was very helpful and did a great job organising the trip. I was very happy to finally meet him in person in Morocco; he is a nice and kind person and fully trustworthy. We did the five-day tour from Marrakesh to Merzouga: this was a superb tour with an amazing day in the desert. The children had a blast on the sand dunes and loved the ride on the camel. Our driver Hassan from Maroc Expedition was great as well. Thank you to everyone for such a wonderful experience!

Had 3 unforgivable days with Hassan, who is a energetic, humorous, enthusiastic and talented chap from Merzouga. He played traditional drummers after we had dinner, it was really enjoyable. We spent one night in Sahara desert, and was accommodate in a stout and warm tent, despite it was pretty windy at that night, I fell sleep fairly well. Food provided by the camp was amazing, even better than those I had in the cities. Staffs were quite nice. Would recommend trips around morocco a thousand of times !

Morocco is a country in south africa. It is charecterized for its many landscapes. Further, the best way to discover them is to hire a travel agency with local staff. Trips Around Morocco made it easy, we are available to answer our dear client' questions, customize the best itineraries for them.

With Trips Around Morocco travel agency, you will ride camels in the heart of the Sahara desert, you will enjoy exploring the fascinating Kasbahs. To sum up, we are here to make your Morocco trip unforgettable.

This is the best way to experience trips around Morocco. With our travel agency, You can sit back and relax as your tour guide shows you the best attractions in the most efficient way possible.

Top Cities destinations to visit with trips around Morocco:

You will enjoy trips around Morocco in many lovely locations and amazing experiences. So we list them for you below to give you an idea of what you’re going to do.

Not all the specifics are in the list. Please feel free to ask if you are happy to add any city, activity or stop on your journey.

a city in Morocco, in the foothills of the High Atlas. It was founded in 1062. Its old part is surrounded by well-preserved fortress walls, hence its name; Berber, marrakush ‘fortified’. See also Morocco.

French Marrakech, English Marrakesh, Arabic Marrakush, literally “red, decorated”, a city in the Southwest. Morocco, at the foot of the High Atlas Mountains. 1.5 million inhabitants 2003, with suburbs. It was founded in 1062; the ancient capital of the state of Almoravids, then of West Maghreb; it developed as a commercial center from the 12th century. Traditional southern capital of sultans. The fortifications of the Old City with rectangular towers and gates decorated with stone carvings have survived. The Medina is a labyrinth of narrow streets, red clay houses, bazaars and squares, mosques including Al-Qutubiya – one of the best monuments of Moorish art, minarets, madrasahs, prayer houses, tombs, palaces XII-XVI centuries. To the south of the medina is a complex of gardens and parks XII-XVII centuries of fruit trees, palm trees and olive groves with pavilions, pools, and fountains. In the West, the present town from 1913. University. Museums: of gems and ceramics, of Moroccan art. Main Economic Center of Southern Morocco. Food, textile, chemical, woodworking industries. It is the terminal railway station on the Casablanca-Marrakesh line, a junction point of highways connecting it with ports of the Atlantic coast and Saharan oases. Trade-handicraft and tourist center. Artisanal production of textiles, carpets, leather, stone product. At 30 km. from M. – the ruins of the fortress Tasgimud XII century.

Fez History
A good traveler looking into the glorious city of Fez will never regret it. Fez is the brightest representative of the Muslim east, with vocal street vendors and a delicate flavor of spices. Many cultures have intertwined in Fez, to which the city owes its multifaceted oriental flavor.

Fez is called an imperial city because it is one of the four oldest settlements of Morocco, each founded by a member of a royal family who for some reason escaped from their native lands and found a new home on the eastern shore of the Atlantic.

Where is Fez
The city of Fez is located in the semi-desert zone of Morocco, east of its capital, Rabat. Fes can be reached by train, which runs regularly from Casablanca and Rabat, the cities with major airports. But Fes has its own airport which receives international flights and is a 15 km drive from the city. Cabs or a shuttle bus will bring you to the city itself.

History
Fez was founded in 789 AD on the eastern bank of the river by a runaway Arab prince, a descendant of the Prophet Mohammed, Idris Ibn Abdallah. By that time, there were already numerous Berber tribes living on the coast of the Fez River who, being captivated by the wisdom of Idris ibn Abdullah and his armed followers, recognized Idris as an Imam. It is this event that the Moroccans consider the emergence of their national statehood. Twenty years after the founding near the eastern shore of Fez, the son of Idris ibn Abdullahh, Idris II founded a city of the same name on the western shore. The new Fez became the capital of the westernmost Arab state of the Idrissids.

By the mid-11th century, a Berber nation-state had already emerged on the territory of modern Morocco, with a ruling dynasty of Almoravids who came from the Western Sahara and Senegal, whose rulers united Fez into one city. But the religious teachings of the Almoravids were too revolutionary, and so did not last long, and were overthrown by the zealous Muslim Almohads. Under the Almohads, Fez became the largest Islamic city and cultural and scientific center in Africa.

In the 13th century, the Marinid dynasty came to power in Fez, which attached great importance to the development of the economy and trade, not the least of which was the Jewish community. Jews made up a large part of the merchants of Fez. Under the Marinids, the now famous Oriental bazaar arose.

After the Reconquista, the Spaniards took over the city and renovated it with medieval European architecture

Casablanca is a city in Morocco, the administrative center of the Casablanca Prefecture, and the main transport and economic center of the country. It is the second largest city in Africa after Cairo. Casablanca is on the Atlantic coast of Morocco. The port of Casablanca is the largest in Morocco and the fourth largest in Africa. The city originated in the 7th century as the Berber settlement of Anfa. Its inhabitants traded with Mediterranean merchants and later the local port became a haven for pirates. In the 15th century, the Portuguese decided to put an end to the plundering and after storming the village they burned it down. They founded a fort, which they called Casa Blanca (White House, Arabic: Dar el Beida).
In contrast to the official capital of Rabat, the religious capital of Fez and the two unofficial (summer residences of the King), Marrakech and Tangier, Casablanca is called the business capital of Morocco. Casablanca (a population of 2.9 million) has dozens of banks, thousands of firms, companies, agencies, intermediaries, offices and subsidiaries, about 100 hotels. In the business part of the city rises a block of Notre Dame de Lourdes Cathedral, a monumental concrete structure with enormous colored stained glass windows. Nearby is a Muslim mosque whose architectural ensemble is completed by a rectangular obelisk of a pointed minaret. The most interesting for tourists is the old part of the city – the Medina. It retains the color of an oriental city – narrow (three meters; no more) and crooked streets, donkeys pulled by carts. On the right and on the left are dozens of shops with merchandise on display.
The city became world famous during World War II. In January 1943, the Casablanca Conference with U.S. President Franklin Roosevelt and British Prime Minister Winston Churchill was held here. The Casablanca movie, which made the names of Humphrey Bogart and Ingrid Bergman famous, was set in this city. Hassan II’s oceanfront machete is the city’s main attraction. All Moroccans took part in the fundraising for its construction. This is the second biggest mosque in the world, a unique height of its minaret – 210 m, the floor is paved with golden marble and green onyx, the columns are made of pink marble. The construction of this structure cost 800 million.

a city in the Southwest. Morocco. 622,000 inhabitants 2003. It is a port on the Atlantic Ocean, at the mouth of Sousse River. It was founded by the Portuguese in 1500 as a fishermen’s settlement; from 1536 it is part of Morocco. It was a large foreign trade center in the 17th-18th centuries, and lost its importance after trade with Europeans was banned 19th century. The port was reopened in 1930. Port of Astrakhan was strongly affected by earthquake in 1960 (15 thousand people died). Main fish industry center of the country. International resort with mild climate and splendid sandy beaches.