4 days tour from Marrakech to Merzouga

4 days tour from Marrakech to Merzouga

With our 4 days tour from Marrakech to Merzouga you will travel to the Erg chebbi dunes of Merzouga on a three-day desert tour means to sit in the car 10 hours from Merzouga to Marrakesh on last day. So, for a desert tour between Marrakech and Erg Chebbi, we suggest a minimum of 4 days to stop each way and have time to see the sights along the road. Subject to the recommendation of the four and five days Sahara Desert Tour to the Erg Chebbi dunes and return to Marrakesh, all because beside camels and nights in a deep Sahara desert camp there are so many things to look up and do. When you arrive at the hotel early on on the foot of the Erg Chebbi dunes, have a cup of tea, view a few nomads who live in caves and walk with a local guide. palm or walk to the Gorges of Dades or Todra, spend more time on the places.

Meet your pilot at 8 a.m. at riad/Hotel in the Dades Valley via the Tizi N-Tichkas Pass (2260 m) in the High Atlas Mountains, departing from Marrakech. You can enjoy from Marrakech to Ouarzazate the picturesque route, stunning landscapes of various colors along the way and Berber villages. The old Kasbah of Ait Benhaddou Kasbah, namely UNESCO, you will find free time to visit here You will have a stroll around the famous Moroccan architecture of the Kasbahs and lunch. Then, through the interesting Skoura, you go to the green Dades valley and the town of roses. The Dades valley dinner and overnight.

After breakfast, take the 1000 kasbah road around the vibrant Berber villages of The Dadés Valley from your hotel in the Dades Valley at 8 am. 45 km further on, with a lovely palm grove and Jewish quarter, you’ll come to Tineghir. You go on to Todra Gorges Todgha, a free walk through canyons about three hundred meters high, which are a favorite spot to climb rocks. Then you go to Erg Chebbi dunes in the desert of Merzouga Sahara and have time to eat lunch before you come to Erfoud. Then we are going to the sand dunes of Erg Chebbi. We will be about 4 pm for the camels waiting for us to take part in a saharan adventure, Sunset and when we arrive at camp dinner and fire, we’ll spend our night in nomad tents with drumming in the middle of the Sahara, and we’ll be able to have lovely images.

Early morning, the camel trek back to the Hotel, on the dune side, for a short shower, is ready to wakes you up for the sunrise over the Dunes of Erg Chebbi, and then a breakfast in camp. We travel to the South East Saharan tower of Rissani. Before we travel north to Ouarzazate after crossing the volcanic Atlas Mountains, we will stop here to visit a fossil workshop. Overnight in Ouarzazate and dinner.

We will enjoy visits to cinemas & studios in Ouarzazate, known as the Hollywood of Africa, after breakfast. We would then visit Ait Benhaddou Kasbah’s Global Heritage Site as it was identified in 1987 by UNESCO. Ait Benhaddou is the World Heritage Site which has served as the setting for over 20 films, including “Gladiator.” Enjoy a stroll to discover the classical Moroccan architecture of the Kasbahs. Via the High Atlas Mount and the pass Tizi n’Tichka, we proceed to Marrakesh. In between Atlas Mountains, break for lunch. Go to your Riad/Hotel in Marrakesh.

Our mates Azul! It was a wonderful journey. A couple of friends suggested us and the fact was that it was better than we hoped.
We ate songs, trips, guides. What we had. We had a wonderful time and had a fun meeting with people.
We suggest it here already. God wants us once more to see you. You are welcome to our house and through your great benefit you got us.
We encountered a very authentic and different culture. We are fortunate and forever thankful. We fly a lot and it is a must, and I don't know how most businesses are going to be, but that's BOMBA!!!

We arrived in Merzouga by bus with a friend. We decided to spend a night with camels in the desert. We made such a marvelous discovery. We left camel in the desert to spend the night in an oasis accompanied by two camel drivers.. Sunset, starry night, dawn... all this has been rocked by Berber culture! (songs, stories, jokes, life...).
This experience was gladness only. Thanks Chameliers. Thank you. We'll return incha allah 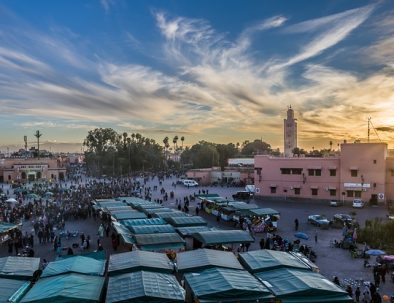 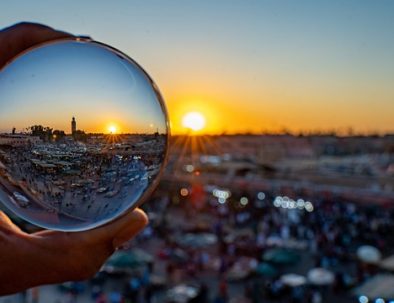 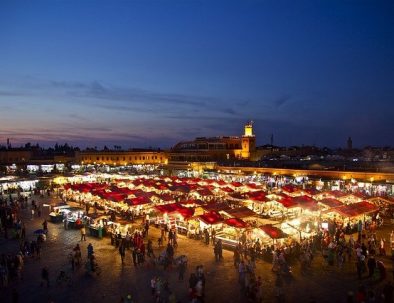 3 Days tour from Marrakech to Merzouga 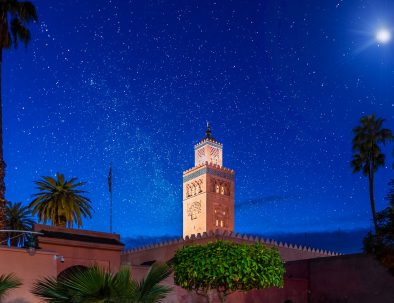 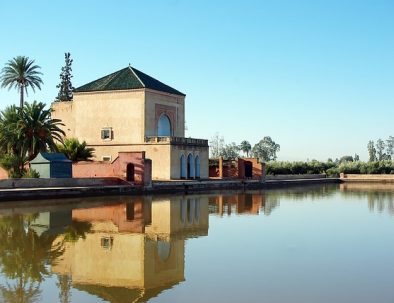 With our Marrakech itinerary 5 days to Tangier will visit Merzouga

The old ksar of Aït Ben Haddou, without doubt is the most photogenic village in the Moroccan South. Casbah towers mirrored within the water of the river, houses staggered on a mountain, framed in its top by the remains of an ancient enclosure wall, and, in its foreground, those women who wash their linen in the wadi, here all of the ingredients in the classic shot…”

Three successive places have been known to the village throughout its history, two of which are still present. Houses originally had been constructed all over the Agadir and there was a fortified granaries (ruins still visible) which were sheltered by a surrounding wall on the top of a hill, forming a curvature at the top of its summit: there was a question of protecting oneselves from looters.

By the end of the 19th century, with the increasing authority of the successive Glaouis improving security standards, the settlers started building on a less steep hillside outside the defensive enclosure. It was the age of the Kasbah: the ksar enclosure’s communal security was replaced by the kasbah’s individual protection. The simpler houses were constructed behind the screen while the older kasbahs collapsed. Since 1970, the new generation of homes has started to struggle as a result of their age, it was planned to skip wadi and develop individual homes over and above crops on the right bank.

A labyrinth of alleys and covered passageways is the village, where few residences exist. For film-makers, the old Ksar is indeed a gospel. In or near this prestigious natural environment, several great films have been made. The decorators had obtained approval for the Nile Diamond to create an enclosure directly on the wade and at more gates, of which the largest was partially demolished by a plane to depart the village at this entrance. David Lean shot there a few scenes of his famous Arab Lawrence.”

Marrakech This is a region in Morocco’s southwest, at the foot of the High Atlas. Founded by the Almoravids at approx. 1070, or 1062, according to other accounts. Estate of Morocco in the 19th-17th centuries. It’s a medieval town enclosed by rectangular walls and gates, including the Medina, the Casbah, the Agvedal Gardens and pavilions and pools. Medina Monuments: Cubba al-Baruddin (domed stucco and stone carvings pavilion, – the first half of the 12th century palace of the unparished Almoravid). Qutubiya – Mosque (Beton, Stone, Mortar, twelfth century). Kutubiya (beton, rock, stone, 12th century);Ben Youssef Madrassah (2565; 7 courtyards, stone carvings, stucco-worked painted – zilliji), Zawiya Sidi bel Abbas as Sabti (16th Century cult ensemble, 1184-1999; walls of the mosque were decorated by steep tiles). 17 transverse and one longitudinal nave, stalactites domes, artesonado), Minaret (stone, 1,184-99), Ben Salih with minaret (1331), Bab Dukcala (1557; 7 navies); Ben Youxef Madrasser (1565; (1894-1900; garden). Monuments to the Kasbanan: the Bab-agvenau (gate; 12th century, stone-sculpted decoration), the mosque (1197), the necropolis and tomb dates from the 2nd half of the 16th century.

(late nineteenth century; garden). The new town was founded west of the medina in 1913. The old hub of the weaving of carpets, stones, and so on is Marrakesh. Museums: The Moroccan Art Museum, the Museum of Treasures and Ceramics (in the Dar Said Palace at the end of 19th century). Tasgimut Ruins (XII century), located 30 kilometers southwest of Marrakesh.

A natural curiosity in Africa, Sahara is not only in a geographic textbook, but also in front of you. You will now see the white sand sun and all the yellow dunes that reach above the sky. The extent is impressive, of course: the dunes seem infinite.

You just can’t fly in the Sahara on your own, just by tour. This is mostly done for visitor welfare. During the tour you can try the traditional food of desert residents, listen to the real Berbers’ songs and music, get to know their life and culture. A ballon trip or a quad-cycle, ski or snowboard ride on the big dunes is an incredible experience! You should sit in a special desert tent at night, enjoying the glow of far off stars.